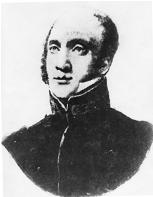 Braidwood and the Melbourne Cup

A look at Braidwood's illustrious connection with the race that stops a nation, in its 150th anniversary year. The exhibition will include rare pictures and mementos from Exeter Farm & Durham Hall, the Jembaicumbene properties which produced the first, and several other Melbourne Cup winners. Archer (1856-1872) was an Australian racehorse who won the first and second Melbourne Cups in 1861 and 1862. Archer won both Cups easily, and is one of only five horses to have won the Melbourne Cup twice or more, and one of only four horses to win two successive Cups.

from the Braidwood Quilters Collection

A beautiful collection of antique and vintage quilts assembled from around Australia illustrating the development of quilting in pioneer Australia, co-inciding with Braidwood's annual Airing of the Quilts Festival 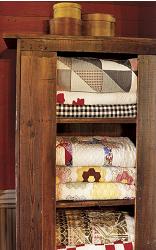 Braidwood Boys; The Story of Braidwood's Contribution to the Great War
An exhibition in two parts; a searchable website listing all those born in Braidwood who enlisted anywhere in Australia (over 450 individuals), and an exhibition in the Museum in conjunction with the Braidwood RSL. The exhibition is based around Robert Catlin, a local farm boy who was killed at Gallipoli on 25th April 1915.

This permanent exhibition is being developed as funds become available. Currently we are raising funds towards a photographic backdrop. Donations towards Museum exhibits are fully tax deductible. If you are interested in helping please contact us.

Braidwood Gold - Gold Fever in the Southern Tablelands
Braidwood during the Gold Rush, featuring the Gold Escort Coach held up by Ben Hall and the Clarke Brothers, gifted to the Museum in 2008 and recently restored. A new interactive display is in construction around the Gold Escort carriage and a rare 1850s Gold Bullion Transport Safe. The completed vignette for this exciting new permanent exhibition opens in early April 2011as part of the Canberra & Region 2011 Heritage Festival.

This exhibition is open but under construction while we install a new photographic backdrop and informative display, generously sponsored by Cortona Resources Ltd. When completed a formal opening will be announced.

The Chinese in Braidwood

Braidwood owes a significant part of its 19th century history to the efforts of Chinese immigrants who arrived during the 1850s and 1860s, many working on the goldfields, while others developed significant trading businesses supplying equipment, groceries and provisions. The second wave of Chinese reworked alluvial gold claims abandoned by European miners, and using great skill and knowledge often extracted more gold from tailing mounds than extracted in the first place by the earlier prospectors.

Many Chinese families settled in Braidwood after the Gold Rush and their descendants are still integral parts of the Braidwood social and business community today. The rich cultural history of the Chinese in Braidwood is represented by a significant collection of costume, artefacts and photographs in the Braidwood Historical Society Collection, and the collection has undergone a reinterpretation during 2012/2013 supported by funding from the Australian Government's "Your Community Heritage" program, with new lighting, cabinets and display material. New sections are being added to the displays and the completed exhibition panels are ongoing as are the fittings for the new ante-room displays.

Braidwood goes to the Movies

A comprehensive exhibition celebrating Braidwood's movies, from the antique "20,000 Horsemen" to Mick Jagger's 1969 epic "Ned Kelly", "The Year my Voice Broke", the 1996 rollicking comedy "On Our Selection" and more, see behind the scenes photos, scripts, Mick Jagger's Kelly armour and props and promotional material from many other iconic Braidwood films. 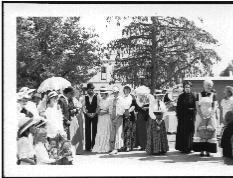